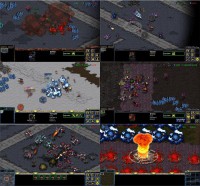 Double click index.html in the folder (this should open the game with your browser)

This error happened after a power failure, where my hosts powered down without the guests being powered down first.

Veeam was basically unable to freeze the VM’s to take a hot backup. The backup would complete however, but be extremely slow in the process. This is a result of Changed Block Tracking not telling Veeam what blocks have changed in an incremental (or full) backup.

A lot of sites, including Veeam’s KB page, have suggested changing the CBT parameters in the offending VM’s, but this involves shutting down the guests.

What worked for me was much less invasive.

Edit the existing Veeam job, and click on Virtual Machines

Click the Recalculate button to the right. I initially saw the calculated size was indeed zero, so it had no idea of the machine sizes it was backing up

Once the machines/folders have recalculated and you have sizes populated, click Finish. This should then re-populate the Veeam database.

Hopefully you’ll have no more warnings, and also have a much faster backup timeframe.